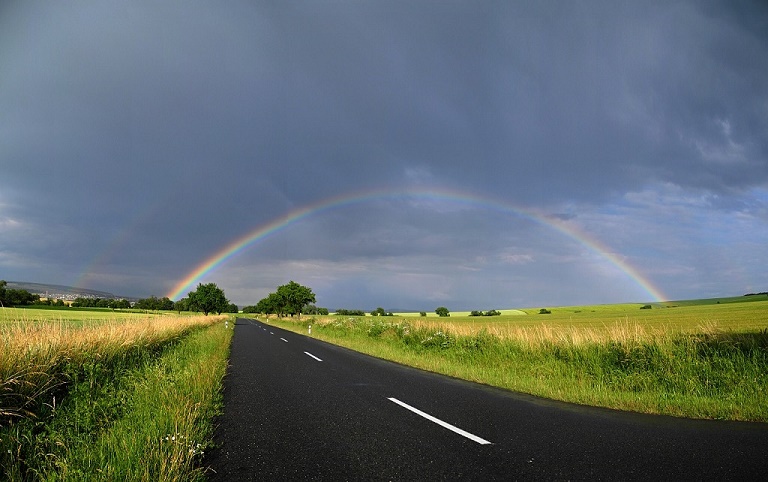 Hello My New Country! Shall I learn Your Language?

If you have just started new exciting work in a new country, this could be one of the most important questions you might ask yourself. In fact, whatever the answer might be, YES or NO, it could be the first step in one of two totally different directions where your life will take you. Really? Is it that serious? You might ask as it seemed to you it was a matter of communicating in the supermarket (or not, as luckily you can self-check out in many of them nowadays).

“If you have told me few years ago that I was going to learn Czech and Chinese Mandarin, and what’s even more bizarre, enjoy it, I would be utterly surprised.”

Never say never. If you have told me few years ago that I was going to learn Czech and Chinese Mandarin, and what’s even more bizarre, enjoy it, I would be utterly surprised. On my list were (and still are) Spanish and Italian. So what happened?

I spent three years in China and now I have been living in Prague for almost two years. I think these two countries that couldn’t be more different one from the other are perfect examples of an expat’s dilemma: Hello my New Country! Shall I learn your language? They helped me to create a question list that every expat should go through when embarking abroad:

1. How long will you stay here vs. how difficult is the language to learn?

These are probably the first questions that came to your mind, however the answer may not always be easy. I would say if you are planning to stay in the country more than two years you should consider learning the local language. When moving to Prague, I really didn’t know if I would stay here a year/ few years / all my life? However, it was relatively easy for me to learn Czech.

The Foreign Service Institute (FSI) ranked world languages into a list according to their difficulty and differences from English that was used as as a point of reference. Czech was classified among the Languages with significant linguistic and/or cultural differences from English and only  4 languages ranked as more difficult (Arabic, Cantonese and Mandarin Chinese, Japanese and Korean). However, learning Czech as a Slavic speaker is a whole different story since in principle, most Slavic languages are similar.

2. Do you live with someone who speaks the language? Vs. How easy is the place to navigate in English?

My advice to all expat families is to have at least one person around you who can communicate in the local language. It will make your everyday life much more convenient. If you have children they may be the ones.

“Prague is a very international place and you could easily get by without knowing a word in Czech.”

After a week in Beijing I realized that although Chinese is challenging, my life will be much more difficult without learning it and I immediately signed up for the classes.

Prague is a very international place and you could easily get by without knowing a word in Czech. However now, when I speak Czech I don’t have to limit myself when choosing any services – I can go for an only Czech speaking vet, website, or a shoe repair. That obviously saves time and often money.

Last but not least, Prague is the capital and very cosmopolitan city; the language skills come in handy in the smaller Czech towns.

3. How many people worldwide speak the language? Will you be able to use it once you leave the country?

Czech, čestina, is spoken by over 10 million people (which roughly equals to the population of the Czech Republic). The closest relative of the Czech language is Slovak which it is mutually intelligible with. Czech is officially recognized as a minority language in Slovakia and Poland. According to a linguistic study of van Parys from 2014, the five countries with the greatest use of Czech were the Czech Republic (98.77 %), Slovakia (24.86 %), Portugal (1.93 %), Poland (0.98 %) and Germany (0.47 %).

Considering a potential use of Czech outside the borders of the Czech Republic, you can see it as your special skill as well as an excellent starting point if you decide to study other Slavic languages. Plus, knowing Czech, you should be able to understand Slovak too – that’s not a bad deal, two languages in one, isn’t it?

4. How much of support in a new country do you need?

If you are sent on an expat’s assignment most likely you will get all the support you need, so you can focus on work. However if you are an entrepreneur, freelancer or simply arrived to the Czech Republic to find a new job, signing up for the language classes will give some invaluable support. Your teacher could become your best friend, an emergency interpreter, intercultural commentator and even a shoulder to cry on when you are frustrated with the way the things are in the new country. They are by nature very helpful people. Also you might find a lot of support and fun with your classmates.

5. Do you need local language for work?

Here, the answer may be not that obvious. For example, the local language might be not required for your work, however it could give you an extra edge when adapting in the new office. If you have your own business you should be able to quickly assess what potential clients’ requirements are. In my case, I realized that speaking Czech or Chinese will give me access to broader range of coaching and training projects.

Other useful questions are: how much do you like the sound of the language? How interested you are in the specific country’s culture? Would you like to stay in an expats’ bubble or go out and interface with locals who don’t speak English? Are other languages / other things to learn on your list?

No matter where you are, there are always benefits of learning the new language: you will better understand the way of thinking in your new country. You will adapt easier and get more support even from random people who will appreciate that you learned their language.  The list could go on, however the purpose of this article was to help you to assess your individual situation. Don’t feel “obliged” to learn the new language just because you live there and people around are asking if you have mastered their mother tongue. On the other hand, don’t listen to other expats who will tell you that learning this language is impossible or useless and there is no even point in trying.

What are your stories of learning other languages in the new countries? I would love to hear why you decided to learn (or not) a new local language.

Nothing makes me happier than hearing successful stories from people who have found their dream jobs abroad, so please let me know if that has happened to you.

Read other amazing articles from Beata for job-seekers and people who actively seek to develop in their career.