Eurostat reports that the total percentage of the population at a risk of poverty or social exclusion in the Czech Republic is 14% compared to 23,7% of EU average – only people in Iceland are at a smaller risk of poverty than the Czechs. The real situation in the country

Economist Ilona Svihlikova informs that the positive poverty percentage in Czechia doesn’t reflect the real situation in the country. Most statistical finding originate from typical household observations. Svihlikova claims that there are 1,5 million Czechs threatened by income poverty and another 100,000 people living in various social institutions, shelters, or are homeless.

The material situation of the Czech population rapidly improved in 2015 when only 5,6% of Czechs, or some 590,000, suffered from “material deprivation” which was about 100,000 fewer than the year before. These people do not have at least four out of nine quite essential household items, such as a telephone, a washing machine, a TV set and a car.

The most vulnerable social groups are people under the age of 18, the unemployed, families with children, and single mothers. Women in general are at a higher risk of poverty or social exclusion than men by 1,4%. Findings of Eurostat suggest that singles in the Czech Republic are closer to income poverty threshold than those living in couples. Living in the capital Prague may be a discouraging fact as the rent rates are higher.

The Czech Republic managed to significantly reduce the poverty risk for its population after joining the EU in 2004 and stands long-term low at the poverty level diagrams. The ‘working poor’ account for mere 3% of the working population in the Czech Republic (EurWORK, 2010). Legislation on minimum wages, along with a solid social network efficiently prevents the occurrence of poverty related issues in the country.

Sources:
DoSomething.org., 2016. 11 Facts About Global Poverty. At: https://www.dosomething.org/us/facts/11-facts-about-global-poverty.
Eurowork, 2010: Working poor in Europe – Czech Republic. At: https://www.eurofound.europa.eu/observatories/eurwork/comparative-information/national-contributions/czech-republic/working-poor-in-europe-czech-republic.
International Day For the Eradication of Poverty, 2016. At: http://ec.europa.eu/eurostat/news/themes-in-the-spotlight/poverty-day-2016.
PragueMonitor, 2016. Around one in 10 Czechs living below poverty level. At: http://praguemonitor.com/2016/05/13/around-one-10-czechs-living-below-poverty-level.
Poverty in the Czech Republic, 2017. An All Time Low, 2017. At: http://www.borgenmagazine.com/poverty-in-the-czech-republic-low/.
Poverty and inequality in the Czech Republic, 2015 at: http://www.transform-network.net/blog/article/poverty-and-inequality-in-the-czech-republic.

Create your own review
Article: Risk of Poverty in the Czech Republic among the Lowest in EU
Average rating:   0 reviews 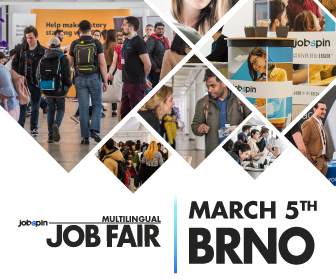