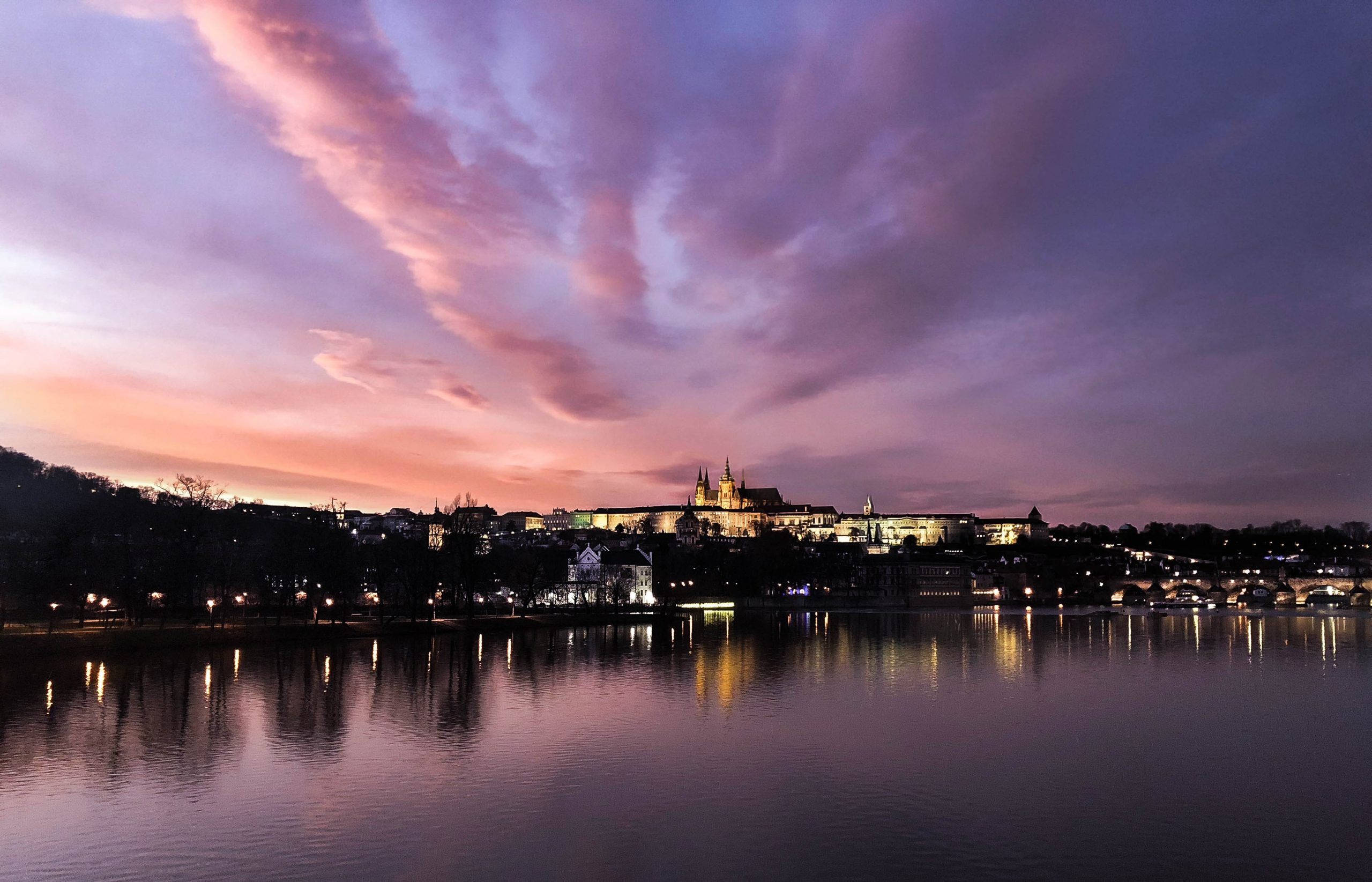 “Most of the downside risks for the Czech economy are associated with tightness in the labour market,” reads the spring economic forecast of the European Commission.

The International Monetary Fund (IMF) announced the revision of its economic growth predictions for the Czech Republic in April. The IMF has announced a more positive economic outlook for 2018. Their forecast in the fall of last year has been revised from a projected 2.6 percent to 3.5 percent growth of GDP for 2018.

According to the report, the Czech Republic experienced an economic growth of 4.3 percent in the previous year (2017). For the coming year (2019), the IMF predicts a further slowing of the economy to a growth of 3 percent.

Similarly, consensus forecast panellists at ForumEconomics, a provider of economic analysis and forecasts, expect a growth of 3.4 percent in 2018 and predict a growth of 2.9 percent for the Czech Republic in 2019.

Spring 2018 Economic Forecast – Czech Republic, a report by the European Commission, summarises the latest forecasts for the Czech economy as “steady growth ahead.” The commission attributes the positive upward tendency of the Czech GDP mainly to domestic demand. 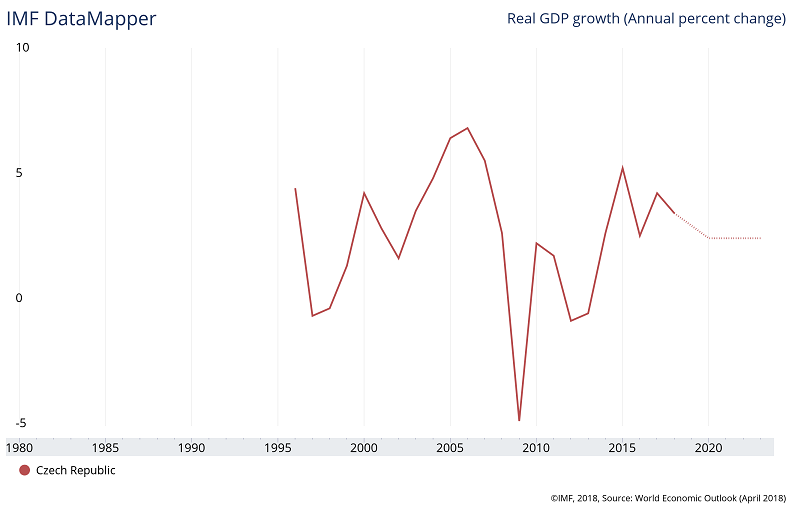 “The decreasing tendency of the state debt should continue and at the end of the year, it should amount to 31.3% of GDP (compared to the 33.6% estimated for last year),” international auditing company Deloitte writes in the official press release for its report titled Czech Economic Outlook for 2018.

The European Commission’s (EC) findings confirm the trend forecasted by Deloitte; the EC expects the debt-to-GDP ratio to decrease to 31.8% in the beginning of 2019.

The unemployment rate for this year has been forecast at 3.0 percent, a very slight increase of 0.1 percent from last year. The Czech Republic will probably continue to keep its place among the European countries with the lowest unemployment in 2018.

The Deloitte 2018 data indicate that the job market, as well as the real estate market, are overheating. “The Czech economy will continue to struggle with a lack of employees,” Deloitte writes in the official press release.

“The resulting pay rises could contribute to the overheating of the economy and reduce the capacity of firms to react in the event of an adverse shock,” the European Commission warns in its report. Wage pressures and tightness in the job market could also negatively affect foreign direct investment, particularly in certain regions and in the manufacturing industry. 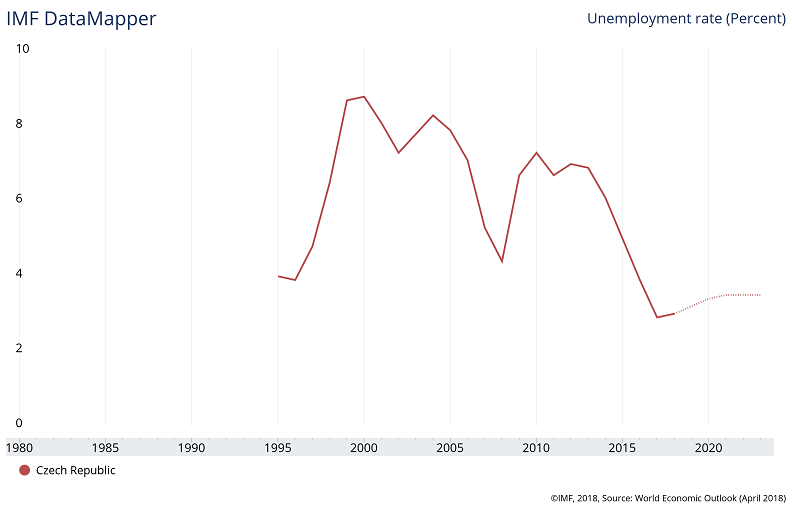 The IMF forecast also predicts that inflation rates will decrease from this year’s rate of 2.3 to 2.0 percent in 2019, which would eventually lead to the Czech Republic becoming even more appealing to investors, provide better return rates on savings, and result in cheaper and therefore more competitive Czech goods in the international market, leading to an improved trade balance.

According to Deloitte’s Czech Economic Outlook for 2018 (published in January 2018), the strengthening of the Czech crown will lower the prices of imported goods, and lead to a further decrease in inflation.

“If the prices of food settle down and no price shock occurs, inflation should gradually decrease. It should remain under two percent throughout most of 2018,” reads the press release.