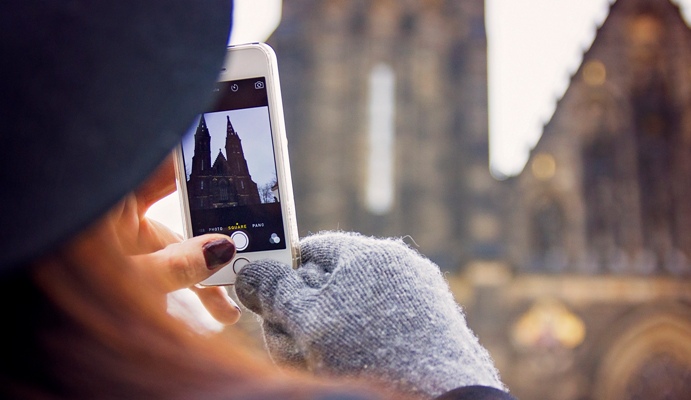 Number of Foreigners in the Czech Republic Reaches Historical Peak

Although migration is nothing new since the crisis in 2015, movement of people across states’ borders has been brought up over and over again. The Czech Republic is no exception to alarming captions and titles about the flood of immigrants. But let’s put the fables aside and see the real figures.

The Velvet Revolution and later on country’s entry to EU were turning points transforming the Czech Republic from a country with a long history of both legal and illegal emigration into destination country. The numbers of immigrants have been gradually rising since 2004. The only drop was noticed during economic crisis in 2009 and 2010. Thenceforth, migration doubled from ca. 250 000 newcomers in 2004 to 490 000 foreigners in 2016; including valid asylum status, permanent stay, temporary EU/long-term residence, and long-term visa. Ministry of the Interior of the Czech Republic publishes monthly updated figures on the immigrants with an official permanent residence permit in the Republic.  In April 2017, the Ministry registered 228 137 foreign nationals with temporary residence and 276 608 with permanent residence, generating a total of 504 745 foreign nationals living in the Czech Republic.

The Czech media often suggest that the majority of immigrants come from the third-wolrd countries, predominantly North Africa or even the Middle East. Terrorist attacks tend to ignite such suspects and turn facts into the fear factory. Actually, for example, Syrian nationals coming from a recent failed state at the heart of horrifying war, count for mere 702 permanent residents and 512 temporary ones in the Czech Republic. Kostelec nad Orlicí, Havířov, Zastávka and Praha – Ruzyně are the official refugee facilities – reception centers, residential centers, and integration asylum centers in the Czech Republic which take care of protection seekers. Updated data from May 2017 show that the latter one accommodates 83 people and in former ones, there are in total 295 protection seekers mainly from Ukraine, Azerbaijan, Russia, and Iraq.

As for the Czech Republic, raw numbers of immigrants list Ukraine, Slovakia and Vietnam as the No. 1 origin countries whose citizens are trying to start better life in the Czech Republic. Ukrainian and Slovakian nationals make up almost 110 000 foreign residents each. Around 58 000 foreigners are Vietnamese.

There are nearly 8000 U.S. citizens and over 20 000 Germans. Even Zambia, Zimbabwe, Vanuatu or remote Trinidad and Tobago have a few representatives on the Czech soil.

Prague Tourists and Immigrants Are an Integral Part of the City

Prague is a well known paradise for tourists, but it is no strange for immigrants too. In the evenings, besides lost, happy or drunken tourists, it is easily possible to meet some of 187 573 foreign nationals heading to their Prague homes. Prague foreigners are proportionally even when speaking about gender, 50 075 men and 46 172 women.