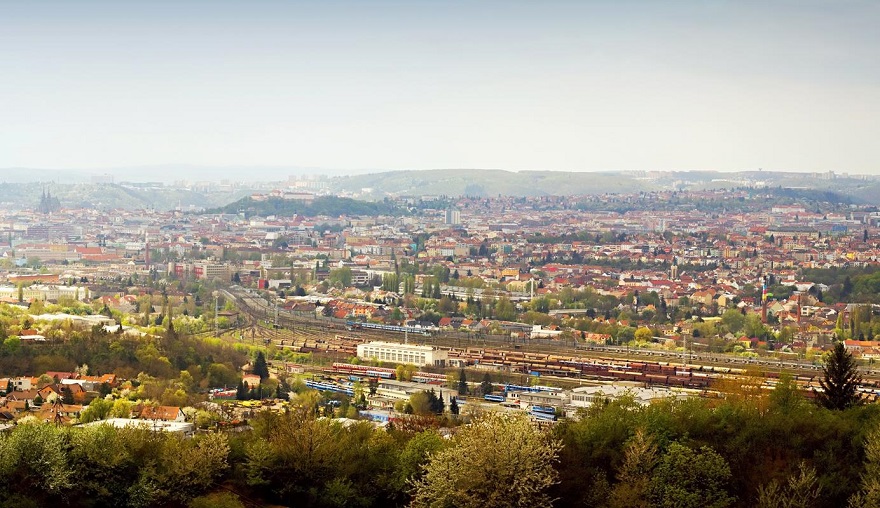 In May, the rate of unemployment among the total labor force in the Czech Republic was 3.0%, while in South Moravia it was 3.7% (Source: CSO, June 2018). Photo: Brno, Lonspera 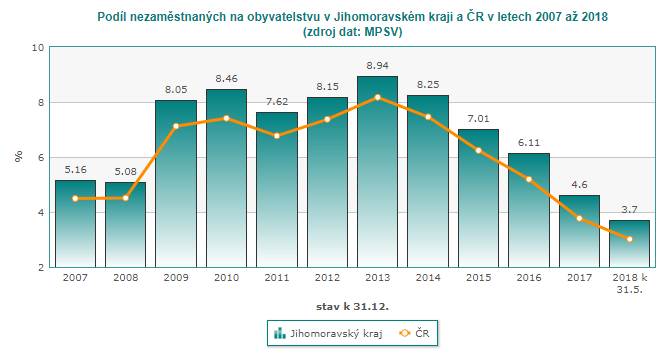 In 2011 the Czech Statistical Office (CSO) and Labor Office reported 29,207 foreigners employed in South Moravia (20,205 employed and 9,002 freelancers). Since then, the number of employed foreigners has nearly doubled; it has risen by 7,500 in the last year alone (in 2017, there were 47,500 foreigners), according to the May data from the Labor Office.

“Most of the foreigners come from the European Union, the European Economic Area, and Switzerland, over 35,000 people, of which 25,600 are citizens of Slovakia,” said Czech Labor Office spokeswoman Kateřina Beránková. As far as third-country nationals are concerned, there are approximately 20,000 in the south of Moravia. “Most of them are nationals of Ukraine (9,600),” added Beránková. In Brno–město alone (Brno-city district), the Labor Office reports 36,127 foreigners.

The data from the Labor Office shows that most of the foreigners work in the manufacturing and construction industries. There is a huge demand for all production workers in the region. Regarding high-skilled positions, many foreigners work in the IT sector or in customer contact centers, where they can use their language skills.

According to data from the Czech Ministry of Internal Affairs, which monitored the growth of the foreign population from December 2017 to March 2018, Brno was either a temporary or permanent home to 30,284 non-Czech nationals. This number differs since the Ministry includes only foreign nationals that have applied for permanent or temporary residence, while the Labor Office reports the total number of foreigners currently working in the region, including individuals that haven’t applied for residency (often people from EU countries that don’t need to obtain resident status to be able to start work in the Czech Republic).

This article was originally published by Brno Daily.