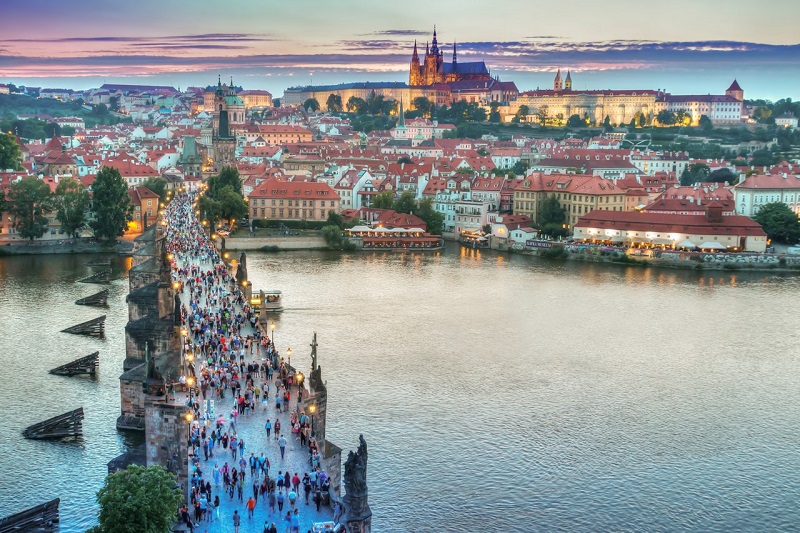 The Czech economy is thriving; employment is high, exports and demand are strong, and prosperity indicators are quite good. However, the OECD has recommended efforts to boost low productivity and improve the skills and innovation that are essential to upgrade the country’s economy. Photo: Pexels.

The conclusions of the OECD’s 2018 Economic Survey and the Environmental Performance Review of the Czech Republic were presented by the organization’s Secretary-General, Angel Gurría, who met with Prime Minister Andrej Babiš and other high-level Czech officials in Prague on Monday, July 16. The Czech economy is thriving, with high employment, expanding exports and falling government debt, but efforts to boost productivity, further reduce poverty, and green the economy are vital to sustainable and inclusive growth in the country.

OECD, the intergovernmental organization that brings together 36 countries with the mission of promoting “policies that will improve the economic and social well-being of people around the world,” points out that lack of coordination is the reason for lower healthcare efficiency. “In the Czech Republic, indicators of the quality of care and outcome performance are missing in the management of healthcare,” said Gurría in his Prague speech. The report mentions, for example, that people first need to go to a general doctor, who will then send them to a specialist.

One of the biggest challenges for the future Czech economy is its overheating labor market and low labor productivity. “The Czech economy is booming, but labor and skills shortages could create a bottleneck that would cramp future growth,” said Gurría. “Upgrading and updating professional skills would be a win-win for inclusive growth as it would help improve job quality, raise wages and advance wellbeing, ensuring that all Czech citizens benefit from economic progress,” he added.

Gurría mentioned that even though the Czech economy is currently experiencing a boom, living standards are increasing relatively slowly. The low labor productivity is “limiting convergence towards OECD living standards,” reads the report, adding that “better skilling, R&D and innovation are needed for the upgrading of the economy.” 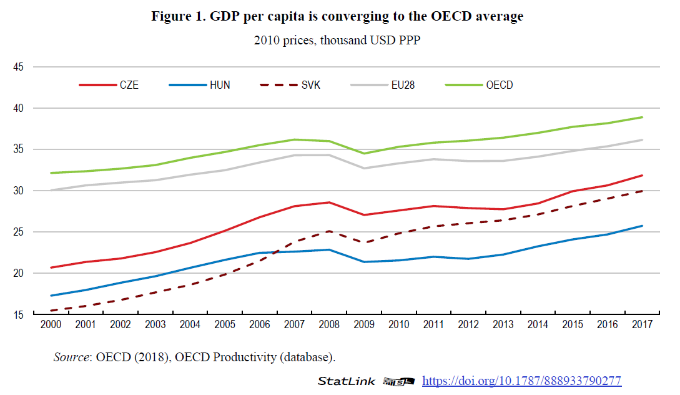 The report highlights that funding for pensions and health care totals more than 43% of the state budget. “Assuming that the size of the budget in relation to GDP remains constant (at around 35%), the projected social expenditures in 2060 would take more than 75% of the budget,” the report reads. In order to raise money for health care, the range of mandatory contributions should be extended, according to the OECD. The Czech Republic should also consider raising the excise duty on tobacco and alcohol and introducing a tax on sweetened drinks or high-caloric foods, the report continues.