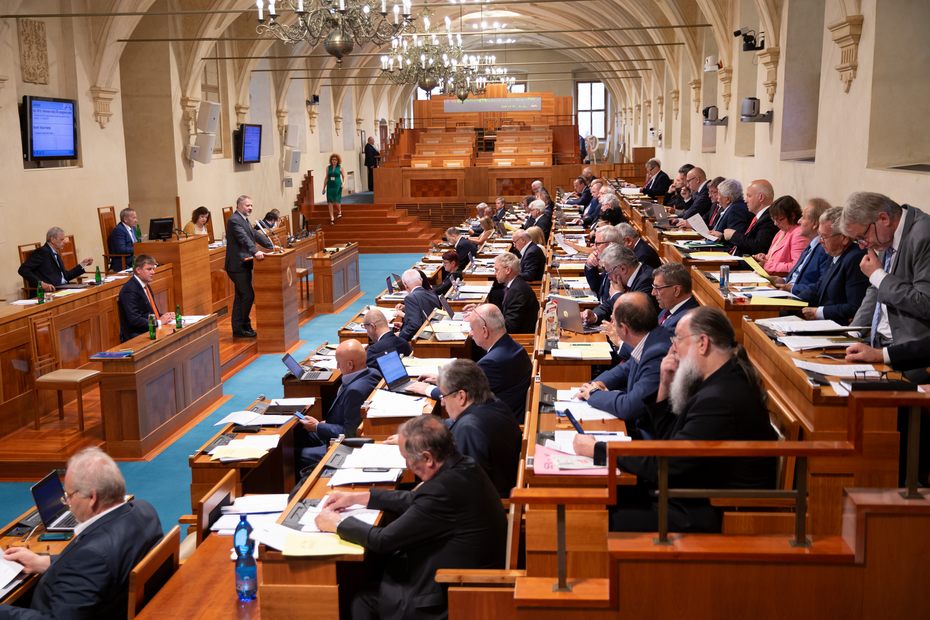 Access to Czech Citizenship for Descendants of Emigrants to Become Easier

The new amendment to the country’s citizenship law will allow children and grandchildren of emigrants to obtain Czech citizenship, as long as they present proof of their Czech relatives’ loss of citizenship. With the Parliament’s majority voting for the amendment, it will now be passed on to the Upper Chamber of the Czech Parliament, and eventually will need President Miloš Zeman’s approval and signature. Photo credit: Senate CR.

Prague, Czech Rep., Jun 21 (JS) – This week, the Czech Senate proposed an amendment for the laws of obtaining Czech citizenship, with majority of the Czech Parliament supporting this amendment.

The amendment presented by the Czech senate indicates that the descendants of emigrants could acquire Czech citizenship more easily. The process will involve providing documents which prove one or both of their parents’ or grandparents’ loss of Czech or Czechoslovak citizenship.

Regarding the approval by the Czech Parliament, 123 out of the 166 members voted in support of the amendment proposed by the Senate. Now, the Senate of the Parliament of the Czech Republic will discuss the amendment, and then pass it on to President Miloš Zeman for his approval and signature.

The political party ANO – in a rare accord with most opposition deputies – and social democrats (ČSSD) Tomáš Hanzel and Antonín Staněk voted in favor of the new law. On the other hand, the Czech communists (KSČM), Tomio Okamura’s party SPD and most of the social democrats did not support it.

According to the current citizenship law of the Czech Republic, one can be considered to be Czech if they are a descendant of a Czech person, up to the third generation. This means that the Czech nationality can be passed on to grandchildren.