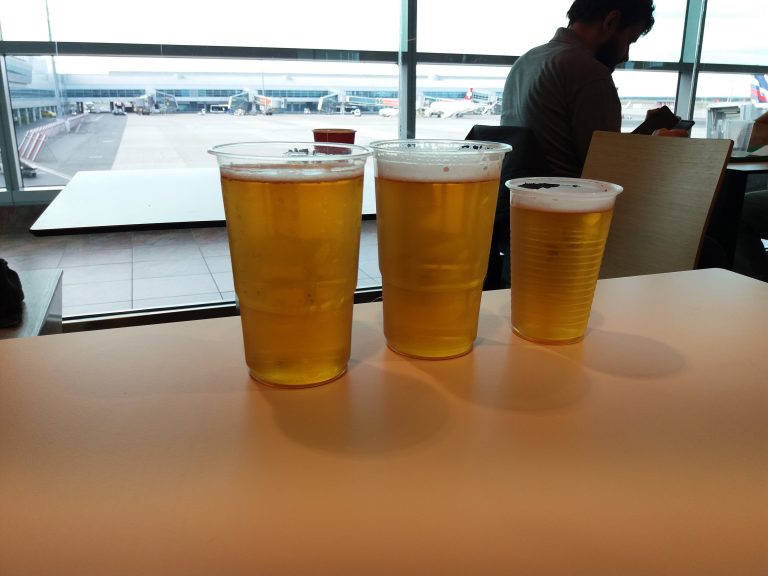 According to the Czech Trade Inspection Authority (COI), foreigners pay more than Czechs for food and drinks in some of the duty-free shops at Prague Airport. Photo: COI official report.

Czech Rep., 31 Oct (JS) – “The inspections were carried out in cooperation with customs office representatives over three working days in the departure halls of Terminals 1 and 2, which are only accessible to passengers who have checked in with a valid ticket,” said COI spokesman Jiří Fröhlich. COI inspectors checked whether customers were being cheated when making purchases and whether they were properly informed about products and their prices.

Seven inspections were carried out in shops and restaurants last week, and inspectors found violations of the law in five of them.

According to Fröhlich, “They discovered discrimination against customers speaking foreign languages. Foreign-language speakers were automatically charged CZK 53 in some restaurants, although this amount was not charged to Czech speakers.”

Foreigners were also not able to buy water for the lower price offered as part of a special ongoing deal. Meanwhile Czech-speaking customers were, at the same time and under the same conditions, offered water on the menu for CZK 19 less.

Besides that, inspectors found that customers were not informed of the final price of products that were advertised with a discount. Discounted prices were expressed only as a percentage of the original price.

The violations of the law will be resolved in administrative proceedings, where the amount of the fine will also be decided.

In addition, inspectors checked six vending machines and found no violations of the law.

The news was greeted negatively on social media. One Twitter user commented: “Shameful. Carefully check your receipts when flying in/out of Václav Havel (Prague) airport and even when buying from mini-markets in the center. By law they are required to give you one.”

The article was prepared in cooperation with Brno Daily.