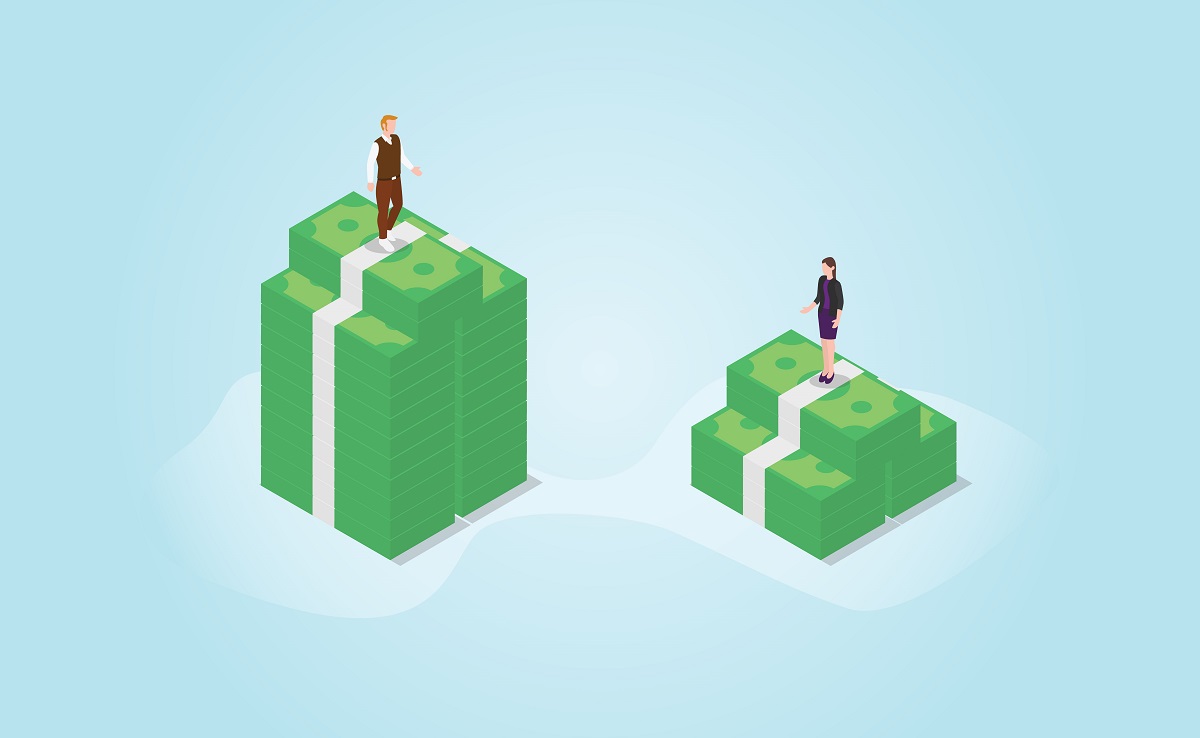 Czech Gender Pay Gap Still One of the Worst in Europe

However you measure it, the gender pay gap in the Czech Republic is disappointingly large and is not getting significantly smaller. On average in 2019 the hour pay earned by women was 21.6% less than that earned by men. Generally, Czechs do not feel confident about challenging this. Photo credit: Freepik / For illustrative purposes. 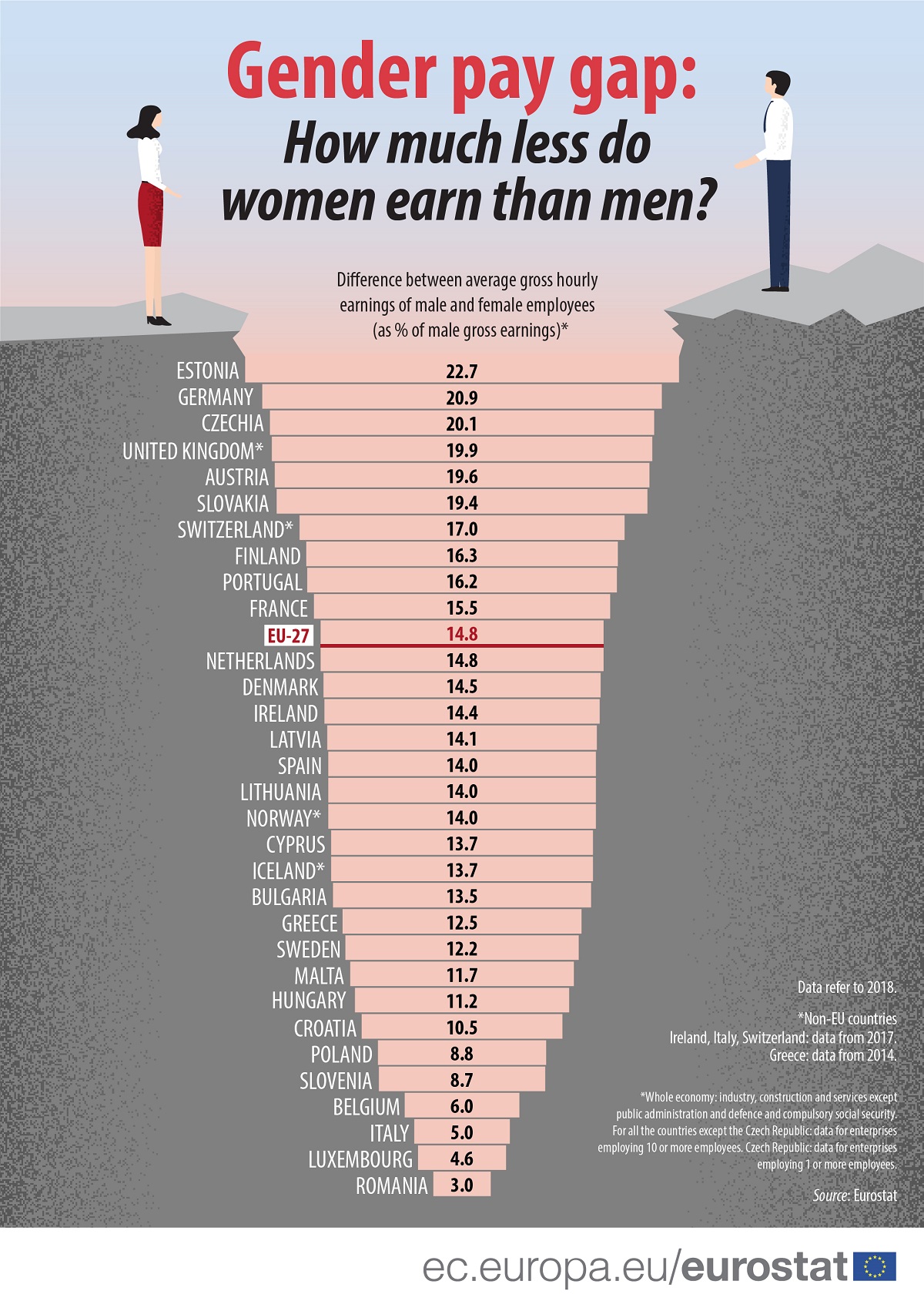 The Czech Statistical Office has produced a detailed breakdown of the wage structure for 2019. It shows that whatever the level of education the GPG is still significant. 35% of the workforce passed the Maturita school leaving exam and 24% went on to get a bachelor’s degree and higher education. And in these categories, there is a fairly even split between the numbers of men and women, both genders are also paid for a similar number of hours, around 173. However, when it comes to wages there is a large differential: the median monthly wage of women with Maturita (29,591 CZK) is 17% less than that of men (35,653 CZK). The figures for people with post-secondary education and bachelor’s degree are 33,833 CZK and 42,731 CZK (21% less) and higher education 41,134 CZK and 51,123 CZK (20% less) respectively.

When considering different sectors there is more variation but, in all cases, women earn less than men. The biggest gap, where women earn just over 21% less than their male colleagues, is found among managers and, craft and related trades, whereas the smallest gap (6.7%) is found among service and sales workers. This category and that with the second smallest GPG (clerical support workers) are the only occupations where significantly more women are employed than men.

From these various reports it is clear that there is a significant GPG in the Czech Republic and the South Moravian Region of over 20% in the business sector and that it has only reduced slightly in the last few years, despite many initiatives and reports. The European Commission suggests four reasons for this:

However, the figures above do not fully support the first three reasons. Firstly, when you look at the breakdown by sector there is a significant GPG, even where the number of male and female employees are fairly close; secondly, in most sectors the number of hours worked by men (174.1) and women (172.5) are not significant enough to explain the difference and thirdly, although there is undoubtedly a glass ceiling, comparing median salaries tends to reduce the effect of this, and in any case the difference affects mid-range salary bands as well. This leaves as an explanation at best a form passive institutional discrimination in the way wage structures operate, and at worst outright illegal discrimination. Lenka Simerska from the Labour and Social Affairs Ministry who is working on a campaign for equal pay, interviewed on Czech Radio, admits that women are sometimes paid less than men for equal work and “that (this) is downright discrimination because in such cases women perform the same tasks within the same salary-bracket category and they still earn less.” She puts this down to women being less sure of themselves and assertive. She also agrees that employers often pay less due to the perception that women will want to be at home with their children.

Perhaps the most significant influence on the GPG is that it is accepted as the way things are. Last year a survey conducted by the Ministry of Labour found that 49% of Czechs ‘take it for granted that women in the Czech Republic simply do not have the chance to earn as much as men in the same position, with the same responsibility’.