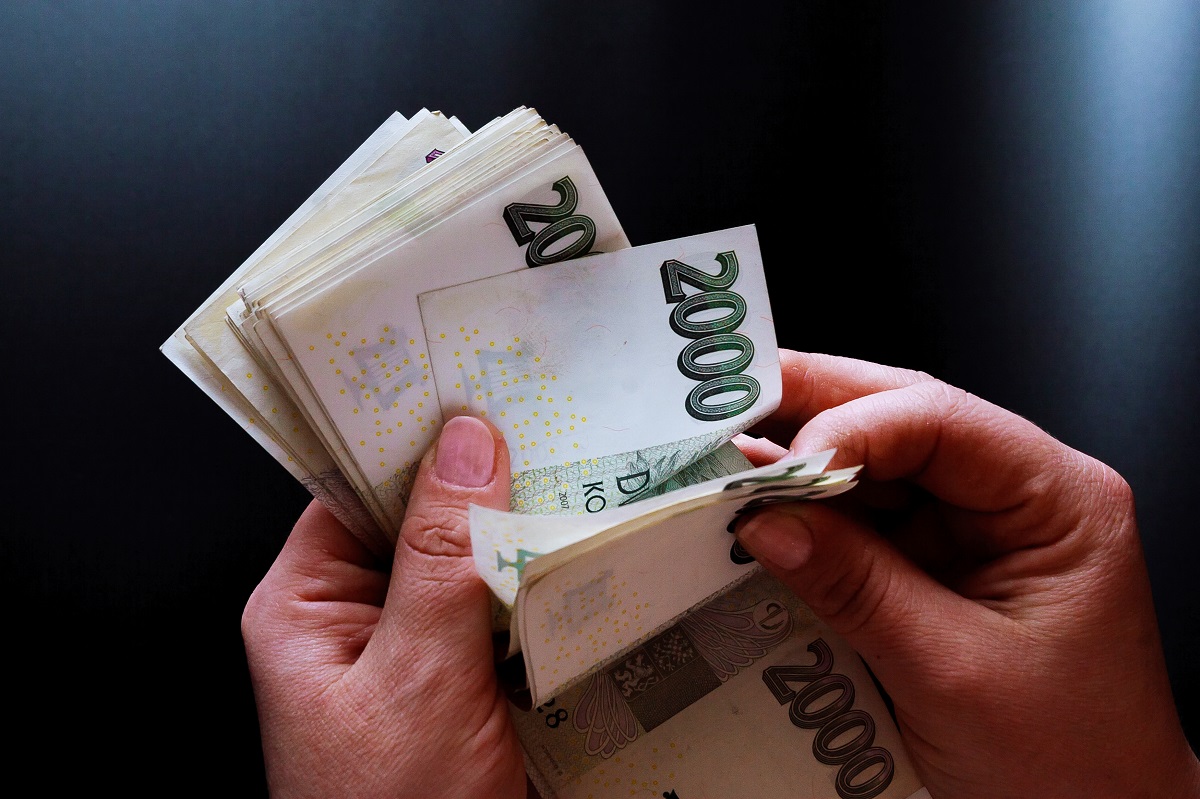 Average Wages In The Czech Republic Increase By 3.8%

Despite the economic situation, average wages are continuing to rise in the Czech Republic. According to the Czech Statistical Office, the average gross wage in the country is now CZK 38,525, a year-on-year increase of 6.5%. The median wage has increased by 5.4% to CZK 32,870, with an even bigger increase in the median wage for women.

Czech Rep, March 8 (JS) – The Czech Statistical Office (CZSO) has released new data on the average wages in the Czech Republic from the last quarter of 2020. The average gross wage is now CZK 38,525 per month, an increase of CZK 2,363 (6.5%) from the same period of 2019. Consumer prices rose by 2.6% over that time, meaning that the actual average wage increased by 3.8%. The highest wages are in Prague, exceeding the national average by almost CZK 7,500. The current lowest average gross wage is in the Karlovy Vary Region. The highest wages are in the field of informatics and communication, with an average of CZK 62,148 per month. 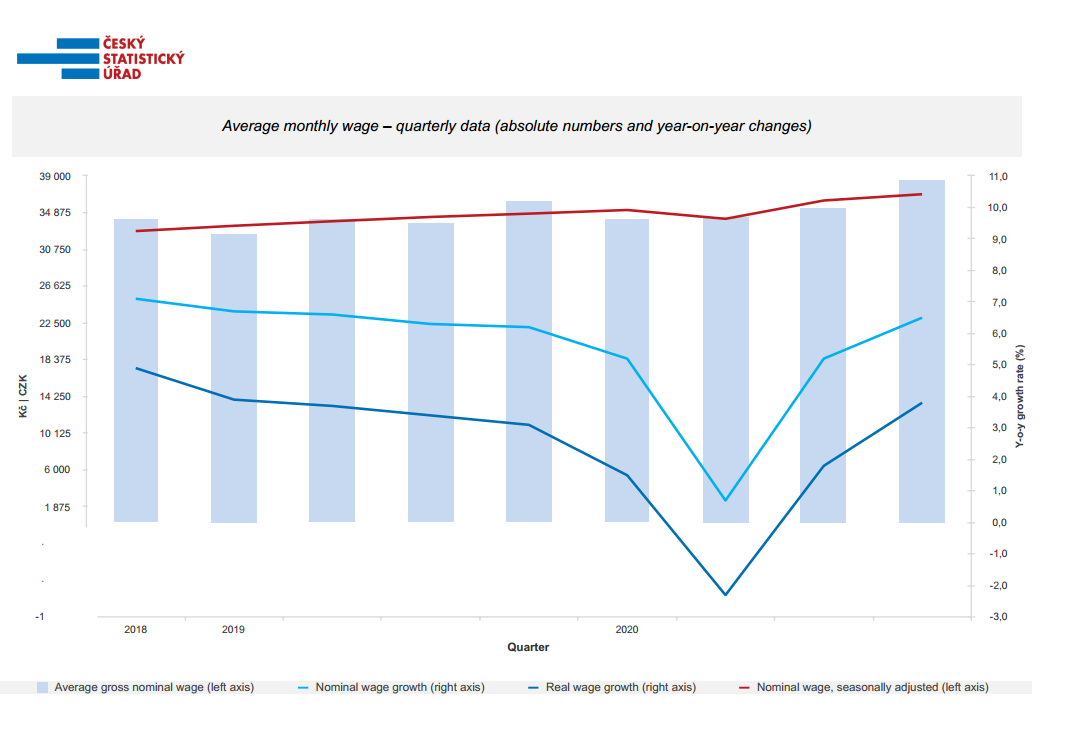 While the total amount paid in wages rose by 3.5%, the number of employees declined by 2.9%. The seasonally adjusted growth in the average wage was 1.9% from Q3 to Q4 2020. Almost 80% of workers received monthly wages of between CZK 16,356 and CZK 63,781. The median wage increased by 5.4% year-on-year to CZK 32,870 in 2020, or CZK 35,129 for men and CZK 30,281 for women. Wages rose faster for women in the last quarter of 2020, with the median rising by 6.5%. “One of the reasons may be that women often work in education or in health and social care, where wage rates have increased,” said Dalibor Holý, director of the CZSO’s Department of Labor Market and Equal Opportunities Statistics.

CZSO also released some data related to unemployment and the current situation of the Czech labor market. In the 4th quarter of 2020, the labor market was affected by another wave of strict quarantine measures. Unemployment rose steadily and employment fell. This effect varied between sectors, with tourism and gastronomy showing the biggest impact.