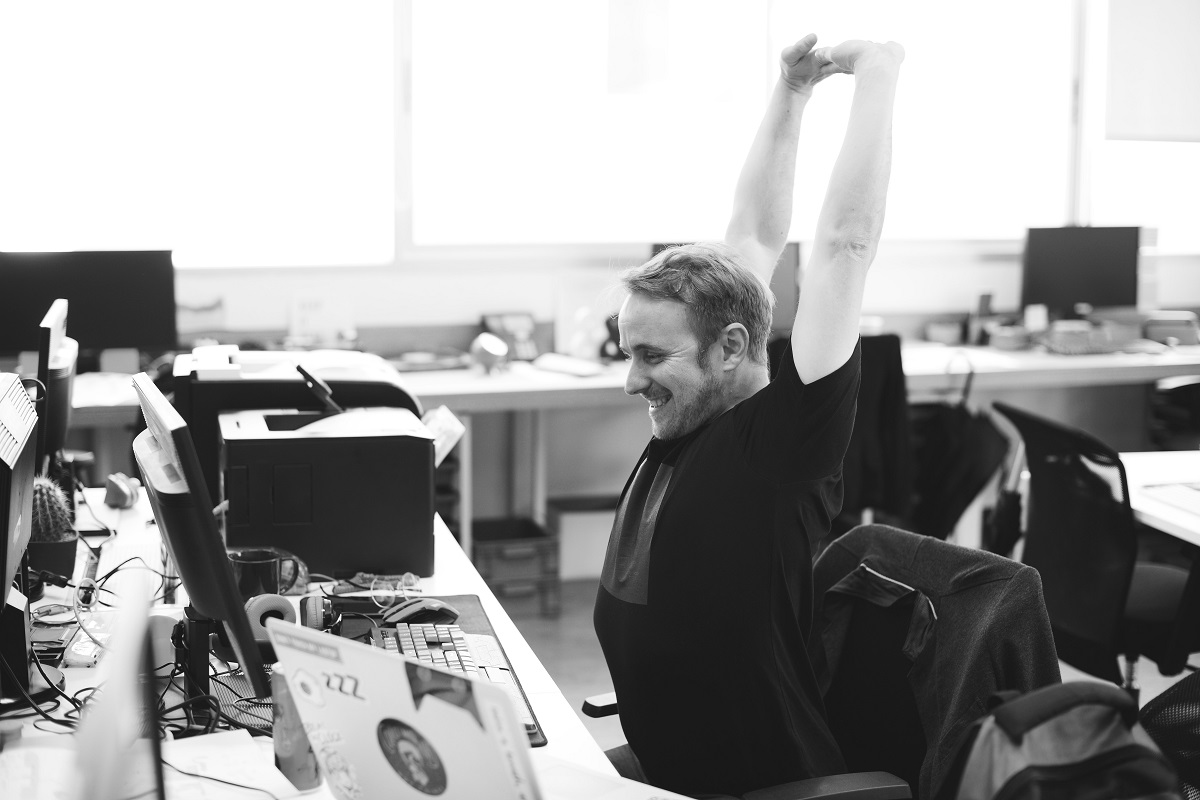 Position Of The Czech Labor Market In The EU

The Czech Republic has one of the best employment situations in the EU. The lowest unemployment rate; the third best employment level among 20-64 year olds and the highest percentage of the male workforce employed. Weaknesses are in the level of the long-term (more than 1 year) and the proportion of the workforce with a university education. Photo: Pexels.

Prague, Aug 7 (JS) – The Czech Republic was third behind Sweden and Germany when looking at the percentage of people in employment in the EU. In the latest analysis of European employment patterns eleven of the EU28 countries (Sweden, Germany, Czech Republic, Estonia, Lithuania, Latvia, Malta, Slovenia, Portugal, Ireland and Hungary) exceeded the EU targeted average of 75 percent in the first quarter of 2019 and their own individual targets. In the age group 20-64, 80.1% of Czechs were employed in the period; when it comes to men 87.3% were employed, which was the highest of any EU country. 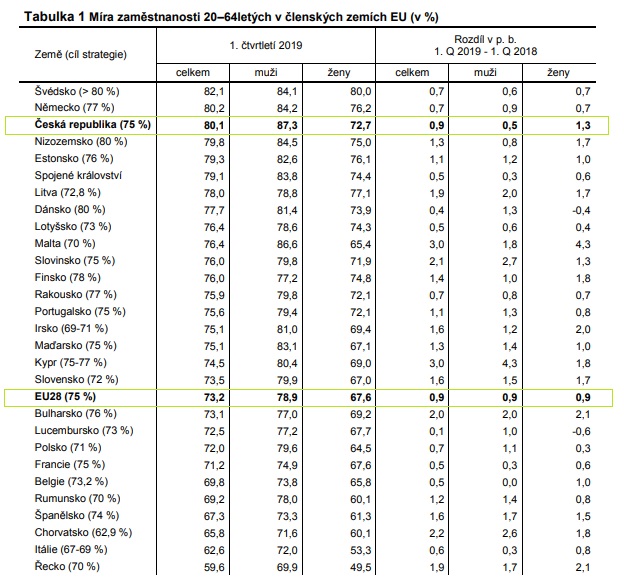 The table, ranked from highest to lowest, shows that the Nordic countries, including the Baltic countries, some Western European countries and the Czech Republic, still maintain high employment rates. Sweden has the highest level of employment in the same term (82.1%). The lowest employment rate is still in Greece (59.6%), with less than half of working-age women working. Looking at the Czech Republic’s immediate neighbours, Germany is 0.1% ahead at 80.2% and met its individual target, Austria (with an employment rate of 75.9%) reached the 75% average but missed its individual target, and in Slovakia (73.5%) and Poland (72.0%), the national target and the EU average was met.

“When the difference in gender is examined, the situation is less positive.”

The report also considered qualifications and education as these are the best prerequisites for finding employment. Lower levels of educational attainment increase unemployment. The indicator used in terms of the labour market is the proportion of university educated persons aged 30-34. In more than half of the EU countries, this share increased year on year. On average for the EU28 countries, this year-on-year increase was 0.9 percentage points. In the Czech Republic the average required level of education for the EU28 set by the Europe 2020 strategy (40%) was missed by 4.7% in the first quarter of this year with a share of 35.3%. The average required level of education in this quarter was met in 17 EU countries.

The final part of the report examined the long-term unemployed. With the year-on-year decline in total unemployment, the share of the long-term unemployed (1 year and more) in total unemployment – on average for the EU28 also decreased by 2.6 percentage points year on year to 40.7%. The Czech Republic, although seeing a 0.5% increase year-on-year to 32.3% is well below the average. There are nine European Union states above this average with a high proportion of long-term unemployed (Greece, Slovakia, Italy, Bulgaria, Romania, Latvia, Belgium, Slovenia and also Croatia).

All in all the employment situation in the Czech Republic is generally significantly better than the EU average and also compares favourably with its neighbours.

Are Wages in Czech Republic as Bad as People Say?

Create your own review
Position Of The Czech Labor Market In The EU
Average rating:   0 reviews