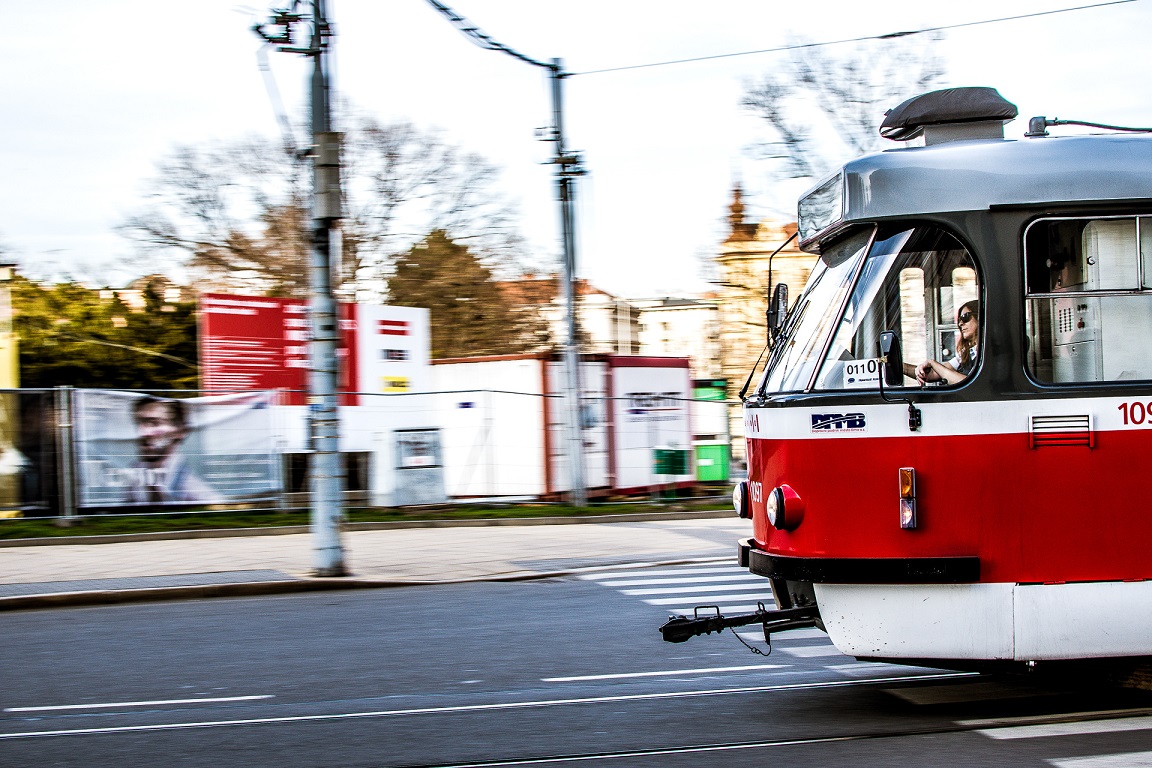 We recently launched a survey on social media to ask our readers about their commuting habits. Today, we present the results, along with some handy comparisons of commuting habits and prices of public transport in the Czech Republic and the EU. Photo: CG / Jobspin.

Prague, Oct 16 (JS) – According to a survey conducted here at Jobspin, via our Facebook page and in the Jobs for foreigners Czech Republic group among over 100 expats in August 2019, we discovered that over 45% of those working in the Czech Republic are commuting for more than 30 minutes per day. When we asked for more specific feedback, we read: “Close to two hours there and two hours back”, “1.5 hours each way”, and “one hour and two trains each way”.

The main reason that people are willing to commute for longer is because of high salaries.  However, according to a survey by Randstad published by Radio.cz, one in three people who commute to another city are considering looking for another job closer to their home, prioritising shorter travel times instead of chasing the money.

The distance between home and workplace is an important factor for people working in the Czech Republic. Every day more and more job offers appear, and people are conducting more detailed searches to find a place to work close to their home.

According to a 2018 survey for Grafton Recruitment employment agency, conducted by Staffing Industry Analysts, nearly 30% of Czechs do not want to commute for longer than 30 minutes, but one in five people who participated in the survey are travelling for longer than that, says Jitka Součková, marketing manager at Grafton.

In the Czech Republic, people are mostly commuting to Prague. According to 2016 data from the Czech Statistical Office, commuters working in Prague comprised more than 16% of the country’s total workforce. This means that if the entire population of Czech Republic was 10.55 million in 2016, over 1.6 million Czechs were commuting to jobs in Prague.

Across Europe, 20% of employees commute for more than 90 minutes per day. On average, European workers spend an hour and 25 minutes everyday travelling, according to a survey by SD Worx.

Across Europe as in the Czech Republic, workers who commute long distances are also more likely to search for new jobs closer to their home. Working from home is a solution that seems to be becoming more popular in Europe, as one in three employers now provide the option to work from home.

Below, you can see how ticket prices in Prague and Brno compare with other European cities. 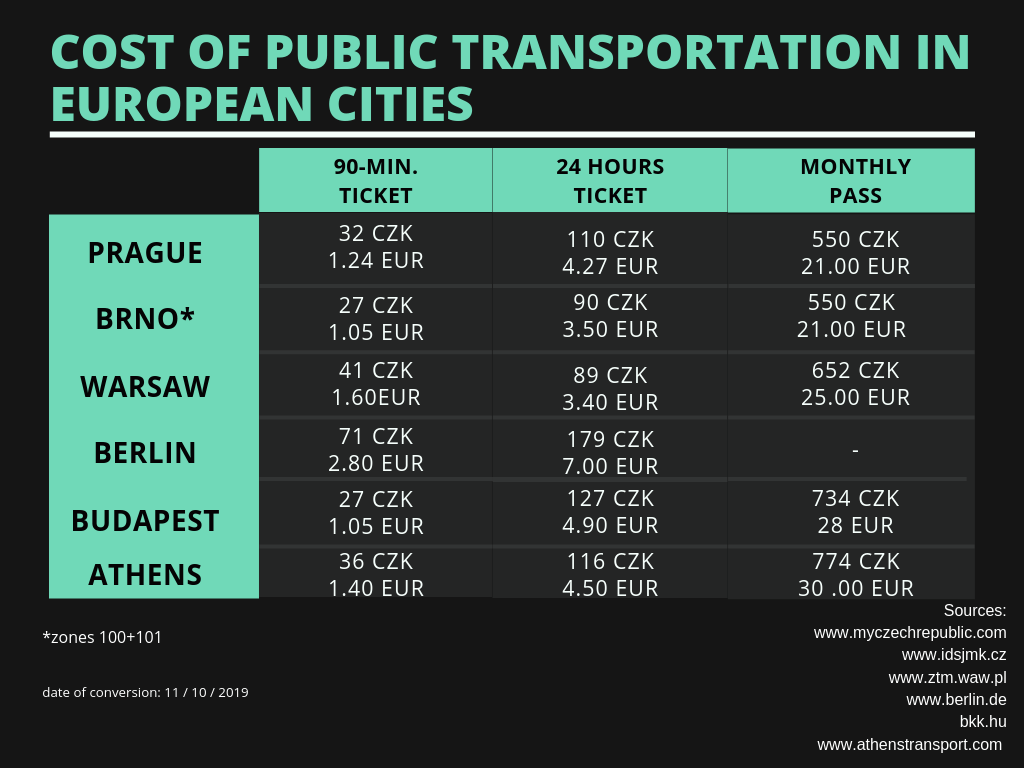